This topic has been one of my all time favorite exams. America, one of the first countries in the world with pure freedom and the liberalism that followed, has been poisened the last 100 years or so by financial greed. If you like reading about economy, the financial crisis in 1929 and 2008, the wealthy and powerful banking families like the Rothschilds and Rockefellers, you might just like or hate what you are about to read.

This is a synopsis and not a report. In other words, the focus was not on being too source critical.

For many decades the American financial system has been stable and safe. But then something changed and the financial industry turned its back on society. Corrupted our political system and plunged the world economy into the crisis of 1929 and 2008.

We have so far with the crisis of 2008 avoided disaster at enormous costs. But the men in the instituations that have caused this crisis are still in power. In my eyes this needs to change.

I would like you, the reader, to open your eyes for what is going on in the world. I do not expect you to fully believe everything that is written in this short synopsis. The topic is big but not as complex as the men in power say it is.

How has the finance of the most powerful and prosperous nation on earth become so toxic?

Financial fraud has been practiced by the biggest, most sophisticated financial companies and their executives since at least 2000. The size and scope of financial fraud in the first decade of the 2000 millennium has put the world’s economy into the greatest failure since the Great Depression. The economy of the United States has depended on housing and the energy market for many years. Millions of jobs depend on housing. Thousands of products are produced for energy usage. Trillions of dollars are spent on both. The hopes and dreams of millions of people, their families, and their futures, depend on these factors. In 2008 the financial market collapsed overnight. Hundreds of thousands were out of homes, education was unaffordable and suddenly food on a table was a question mark. To understand this complex matter, one has to look at America’s economic history from the beginning of the creation of the elite, to perhaps end of their empire by the hands of the Occupy Wall Street protesters.

The Rothschild’s were the wealthiest among all of the banking families in Europe and by the mid-1800s they dominated the banking industry. Later they moved to America and financed the house of Morgan [1] (Morris, 2006:48). Soon they arranged a secret meeting with other private bankers on Jekyll Island to draft what today is known as the Federal Reserve act of 1913 (Griffin, 1994:21). Mayer Amschel Rothschild once said: “Give me control over a nation’s currency and I care not who makes its law” (Russo, 2006:62). Since then the Rothschild’s have spread their influence and they are today[2] among the top 10 global investments banks. They have banks set up all over the world, making them shareholders in many Central Banks. During the 19th century J.P Morgan, the front figure of the Rothschild’s, funded The Rockefeller family to help develop and control oil resources. The demand for oil increased and John Rockefeller became America’s first billionaire. Rockefeller bought ownership in Chase, one of America’s national banks and merged it with J.P Morgan and CO. in 2000. This shows that there exists elite, who cooperate in networks – also known as Crony Capitalism.

Nicola Tesla a famouselectrical engineer invented wireless energy and was on the edge to discover free unlimited energy. Scientists say that it could have “been the most important technology breakthrough in our time” (Lyne, 2007:147). Before Tesla could finish his project his financier J.P Morgan who funded Rockefellers Oil Empire decided to stop Nicolas funding. If Nicola Tesla had succeeded in his invention of free energy, it would have been a direct threat to the single largest industry in the world: Energy. That would have meant a goodbye to big oil and gas corporations as ExxonMobil.

The American critic Foster Gambles theories say that a small financial group of elites have gained control over important key ingredients: Energy and money.  This control is planned by powerful private bankers, who want to establish a global authority by using the media, corporations, governments and central banks. Today they are trying to dismantle Americaby ruining the dollar and keeping the Americans in debt without a chance of paying it back (Gamble, 2011: Thrive). By imagining a pyramid of control one can put the normal hardworking people at the bottom. Above is government, people who are given a monopoly of force and use it to tax and control people whether they agree or not. One can easily find an example of this within the European Union, who recently forced the Greek government to receive funds, which according to the European Central banks would save Greece and the Euro (Ritzau, Politikken, 24 juni:). Next level are the corporations. In order for a corporatocracy to control the markets it has to have access to cheap money. The big corporations get their loans at special rates from big banks like Goldman Sachs, Chase and HSBC. Foster states, that those who control the banks ultimately control the corporations. However it is important to stay critical when reading material that could be considered as conspiracy theories. Foster Gamble is jumping from one conclusion about extremely complex problems to other, without using time enough to explain thoroughly and scientifically the coherence. This makes his material at times unreliable.

It is interesting how few questions are asked about the process of banking. The process is called fractional reserve lending. The banks type 10.000 dollars in one’s account on a computer screen. They do not create any physical coins or print money. From that moment on, one starts paying interest on the money that has never existed. American banks have nine times as much money landed out, as they have on the reserve[1]. This system has created a modern form of serfdom, where people are working hard to pay off their debts. As Henry Ford ones stated: “It is well enough that people of the nation do not understand our banking and monetary system, for if they did there would be a revolution before tomorrow morning“ (Henry Ford, Wikiquote). Central banks are banking cartels, which have gone into partnership with the government. This is possible, because many are mistaken, when they think, the Federal Reserve is owned by the government. Former chairman of the Federal Reserve Alan Greenspan said in an interview in 2007: “The Federal Reserve is an independent agency. There is no agency of government which can overrule actions that we take“ (Greenspan, 2007: Youtube). They have been given monopolistic power over the creation of the nation’s money supply. In return the bankers promised the government to create money out of nothing, every time the government needs it (Gamble, 2011: Thrive).

Since 2008 we have witnessed the greatest fake money printing in recorded history. Since the Federal Reserve took charge in 1913 the purchasing power of the dollar has declined more than 96 % (Bureau of labor statistics, 2011). The top 1 % takes home 24 % of the national income in America. Nearly one in six people are in poverty (Independent.com, 2011 – curriculum). 16 years after the creation of the Federal Reserve, the Great Depression came. The elite bankers pulled their money out of the stock market. After the crash, they used that money to buy cheap stocks and small banks. Among the bankers, who secured their wealth, were the Rothschilds, Rockefellers and Morgans (Macro Perspective on the Capital Markets, 2006). A similar scenario played out in 2008. The bigger banks controlled by the Rothschilds, Rockefellers and Morgans were trading bad loans, that they knew would eventually fail. When the homeowners, hospitals, schools and so on found out that these loans were worthless everyone was impacted.  People lost their homes, their jobs, and their retirements. Meanwhile the biggest banks that created the problem in the first place were the ones who got bailed out. Senator Dick Durbin states on radio: “The banks are still the most powerful lobby on Capitol Hill, and they frankly own the place” (WJJG Radio 15.30 am April 2009).

According to our curriculum book Duncan and Goddard (2009:240) it is stated that America is saving their biggest banks to keep the cash flow moving around in the system, and to invest in innovation and new projects. It is true that a country needs movement of money and investments for projects. But this current economic elite, which we see based in America, needs to see a high regulation of the top banks as a necessary step to ever get rid of the huge gaps in human inequality. Public relations and lobbyism can seem to be rotten, but a very important factor when dealing with information is asking, how valid it really is. Many sources, articles and movies use propaganda techniques like quotes and famous people to effect readers or viewers. However, it would be recommended to read news, books and watch movies about this complex matter, because it makes one think and reflect over important subjects, that people normally do not think about.

Griffin, G. Edward, 1994: The Creauture from Jekyll Island: A Second Look at the Federal Reserve

Based on figures provided by the Bureau of Labor Statistics Consumer Price Index, $1 in 1913 is the equivalent of $22.92 in 2011http://www.usinflationcalculator.com/ 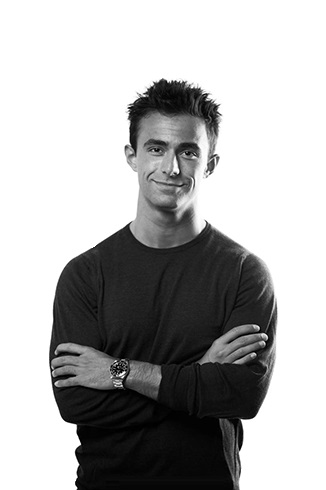